Do you have junk and need to “Get Rid-of-it”

IF YOU’VE GOT JUNK YOU DON’T LIFT A FINGER!
SAM’S-RID-OF-IT JUNK REMOVAL VANCOUVER PICKS IT UP EXACTLY WHERE IT SITS.

METRO VANCOUVER — Metro Vancouver wants purchasers of mattresses and large furniture to pay an upfront disposal fee on such items to help municipalities deal with the problem of illegal dumping.

The number of abandoned mattresses and boxsprings in lanes and on residential curbs soared after Metro banned mattresses from local dumps in January 2011 and imposed a $20 recycling fee on each item, municipal officials said.

Surrey, for example, saw the number of dumped mattresses jump from about 10 per week to 80 per week shortly after the ban was introduced.

Vancouver had similar problems and has spent $258,000 dealing with abandoned mattresses since January 2011.

Municipalities have dealt with the problem in different ways, with Surrey and Burnaby collecting mattresses from residents and paying the fees themselves.

Vince Lalonde, Surrey’s general manager of engineering, said the city has started a campaign to reduce dumped mattresses by collecting mattresses or large, bulky items from residential curbsides free of charge and taking them to a recycling centre that charges less than $20 per item.

But the city still finds about 43 abandoned mattresses per week. “You don’t need to load it up in your truck and find a dark street,” he said.

He said a fee at the point of purchase for mattresses is needed, noting Metro’s $20 disposal fee is at the “wrong end.”

Burnaby is also collecting mattresses from residential curbs free of charge. It picked up 4,200 used mattresses and boxsprings from residents between March and December last year, costing it $42,258 in recycling fees, said Burnaby’s director of engineering Lambert Chu.

Burnaby Mayor Derek Corrigan told Metro’s zero waste committee Wednesday: “The reality of your decision is if you do that [charge residents recycling fees] they’re going to drop it in a laneway and ravines and we’re going to have to collect them.

“I don’t want to be in a situation where I’m taking a loss in my city. It’s a significant amount of money; I’m not talking about chump change.”

Metro directors agreed Wednesday to send a letter to the province asking for the recycling fee for mattresses and other bulky items such as couches and armchairs.

The mattresses would fall under B.C.’s product stewardship program, which imposes fees on items like home electronics and old tires to encourage recycling.

Paul Henderson, Metro’s solid waste manager, said he’s already been lobbying the province for the change. He said the fee is “on the list of the province’s priority items” but it’s not known when it will come into effect.

Henderson acknowledged Metro’s mattress ban has been a “learning experience,” and will be used as an example as Metro moves forward on future bans on items such as wood and organics.

Vancouver, meanwhile, continues to see a huge number of mattresses being dumped in residential lanes across the city, with 6,000 abandoned last year and 1,700 dumped so far this year. The city hopes to reduce those numbers by discounting the disposal fee to $15.

Richmond also offers a discounted disposal fee of $5, according to Mayor Malcolm Brodie, noting that the $20 fee doesn’t encourage people to recycle. “People will just dump their stuff wherever they can get away with it,” he said.

The Environment Ministry was not available to comment Wednesday. 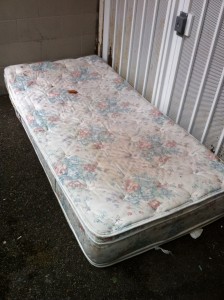 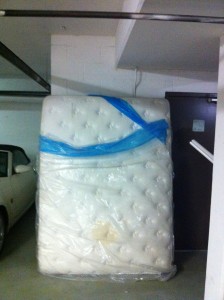 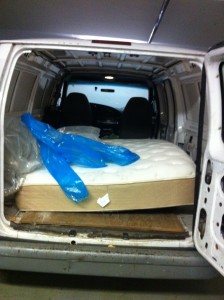